What does the Toyota corolla check engine light mean?

The Toyota corolla check engine light never goes off: The onboard diagnostic system in your car has found a problem that has to be rectified. Even if your car might appear to be running smoothly, it’s best to take it in for service as soon as you can to avoid developing further problems.

Has the Toyota check engine light appeared on your Toyota Camry, Corolla, Prius, RAV4, 4Runner, Tacoma, or any other Toyota model you might be driving? A dashboard engine warning can be disconcerting if you’ve never seen one before. There are many potential causes for a check engine light to come on, some of which are riskier than others. Thankfully, we are here to help you figure out what might be wrong and what to do next. The following are the most typical causes of a check engine light in Toyota Corolla.

Your gas cap is either broken, loose, or missing. Fuel pressure can drop and fuel vapors can escape if there are issues with the gas cap, which will reduce fuel economy and raise harmful emissions.

Failure of the catalytic converter:

Prolonged exposure to hot exhaust gas may require you to replace your oxygen sensor. The oxygen sensor provides the ECU with vital data on the air-fuel mixture. A malfunctioning oxygen sensor may cause your car’s computer to over- or under-fuel the engine. A fuel-starved engine will likely entirely fail, while one that is over-fueled may emit a lot of smoke and smell.

When exposed to dirty or particle-rich air, the Mass Air Flow (MAF) sensor may malfunction. Similar to oxygen sensors, the MAF sensor measures the amount of air entering the engine and helps to ensure the proper air-fuel ratio. A malfunctioning MAF sensor may cause your engine to misfire, which can ultimately lead to poor fuel economy, subpar performance, and perhaps additional unnecessary engine damage.

What to Do If Your Toyota Corolla Has a Check Engine Light?

The following examples of potential scenarios are provided:

Toyota corolla check engine light and traction control light on? Only under specific conditions does the check engine light come on: If your check engine light starts to flash erratically, be sure to pay notice to any changes in your car’s performance. If you do notice a difference, try driving your car as little as possible until you can have it serviced. You run the risk of your automobile not starting again because something is probably about to go wrong. 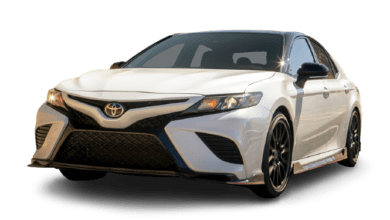