After his mysterious disappearance, family members, friends, and colleagues of the Kirinyaga County secondary school principal have been in panic.

According to family members of the principal, Sebastian Njiru Gikunju (56), who is principal at Olokurto Secondary School, Narok North sub-county, has been missing since Tuesday.

Anne, Anne Gikunju’s spouse, said that Mr. Gikunju told his family he was heading to Meru County for Narok North Sub-county principal conferences. He has not been seen since.

Anne, who is also an educator at a nearby secondary, stated that her husband died at their Mutithi village home before he informed them he was moving to Meru.

Anne stated, “He came with another car and said that his vehicle was in an accident. He left it in a garage.”

According to the police boss, detectives have been conducting investigations. The matter has been reported by Narok, Meru, and Kirinyaga police.

Do Not Disturb Meme: 100+ Trending Now 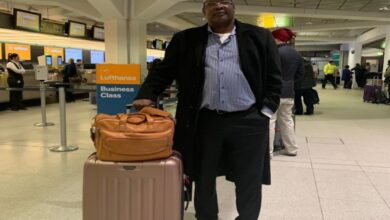