The Nairobi County Liquor Licensing Board is set to deregister 40 nightclubs accused of engaging in noise pollution.

The move comes a day after police officers and officials from the National Environment Management Authority (NEMA) nabbed 26 club managers and confiscated 30 shisha pots during a raid in Kibra and Dagoretti North constituencies.

In a statement, Mr. Hesbon Agwena, the Director of the Nairobi County liquor licensing board, said his office had received complaints from various Residents Associations and General Public about excessive noise and vibration that emanates from licensed liquor joints.

“The complaints have also been received by the County Environment Compliance and Enforcement officers and despite arrests and arraignment in court, the proprietors have refused to comply and continue to contravene the stipulated licensing conditions,” the statement reads in part.

Mr. Agwena instructed the process of closing down a number of clubs in Nairobi to commence with immediate effect ‘as per the provision of the Nairobi County Alcoholic Drinks Control and Licensing Act 2014’.

“You are advised to co-opt technical teams from urban planning NEMA to offer technical advice and support,” he said.

Here is the full list of the targeted clubs; in Kibra constituency. Clique Lounge, Orchid Lounge, Edus Bar, and La Baite in Kibra.

In Embakasi West we have; Pioneer Resort and Black Bull, in Westlands the targeted joints include; Sufra, Enzone, Dejavu, Coyote, Iburi, and Bwibo.

In Lang’ata the clubs that are being targeted include; Marula Manuor Garden and Rebar Marula.

Already, Kileleshwa Member of County Assembly Mr. Robert Alai has welcomed the move to close down the bars for they do not follow the law.

The blogger turned political leader has been on the forefront in calling upon NEMA to act on the clubs saying that he had received several complaints from locals in his ward over noise pollution emanating from the joints. 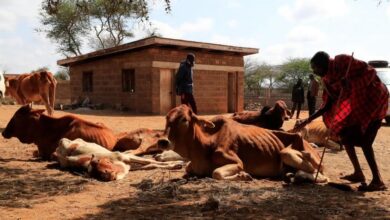