Top brass of the Azimio la Umoja Kenya coalition party have accused the Supreme Court, by not allowing them to present their evidence, of failing to meet the basic requirements for a fair trial.

“In our opinion, and we feel entitled use the language Court uses the Court’s decision to say that the entire decision lacks merit and is simply “hot air.” We reiterate our opposition to the reasoning of judges. Azimio stated in a statement that the reasoning of the judges is flawed in law and fact, and does not follow any logic.

Raila stated that all evidence of illegal behavior by Venezuelans, as well as related technology failures, lack integrity, and the 50+1 threshold question, were ignored.

Raila and Martha Karua made a joint statement accusing the Court of citing Wafula Chebukati, Chairman of IEBC,’s illegal conduct. On the other hand, they exonerated him despite his glaring violations.

“On the one hand, the Court clearly identifies the illegal conduct of Mr. Wafula Cheruki, Chairperson of the IEBC. The Court ignores this crucial finding and excuses Mr. Chebukati, despite his glaring violations to the Constitution and law.

Raila stated that it was impossible that structural reforms at the IEBC, as cited by court, could have resulted in a free and fair electoral process. She also said that the outfit will continue seeking justice.

Fuliza is slashing fees in a bid to grow usage. Here's what you need to know. 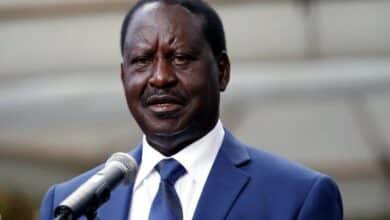